After a goods night sleep, we were woken up pretty early by the cows, or at least their bells. It was not raining, but there was very limited visibility due to fog.

We got going pretty early, picked up the trail, and followed the GR markings for about 1.5 hours, which included a strenuous 40 min. climb.. I even said to Zoe, ” Fuck, I thought it was an easy downhill to Bera”- in hind sight THIS is when I should have realized we had accidently missed a turning and continued following another GR trail – we wrongly assumed we were following the GR11.

Luckily we realized our mistake, and it was an easy 35 min. mostly downhill to pick up the GR11. In all honesty, probably 8 out of 10 people will go wrong at this point, it is a very confusing junction where 2 GR’s and 2 other local trails all split off.

From here on it was a pleasant downhill walk to the Dam / Reservoir.  At the far end of the reservoir was the small chapel Ermita de St. Anton. We stopped here for lunch and to dry our tent. There is a water point at the chapel, and it would be a decent spot to stay the night if needed under a sheltered seating area.

From here it’s a pleasant walk to the old town of Bera. Finding accommodation in Bera at the end of May proved a problem, the “Tourist Info Office” was closed [ opens July & August ] and the few hostels we approached were also closed or non responsive. We decided to continue the trail and find a spot to camp, when we saw a “Casa Rural” sign, we gave it one last shot, and it turned out to be a great accommodation. Casa Romano is literally just off the trail, and offers great and friendly rooms. and came recommended by Paul Lucia who put the GR!! [ and 10] on the maps, and wrote the first GR11 + 10 guidebooks.

Bera is a lively small town, offers all you will need when passing through.. it has a great sports shop, chemist, small supermarket(s) etc.. 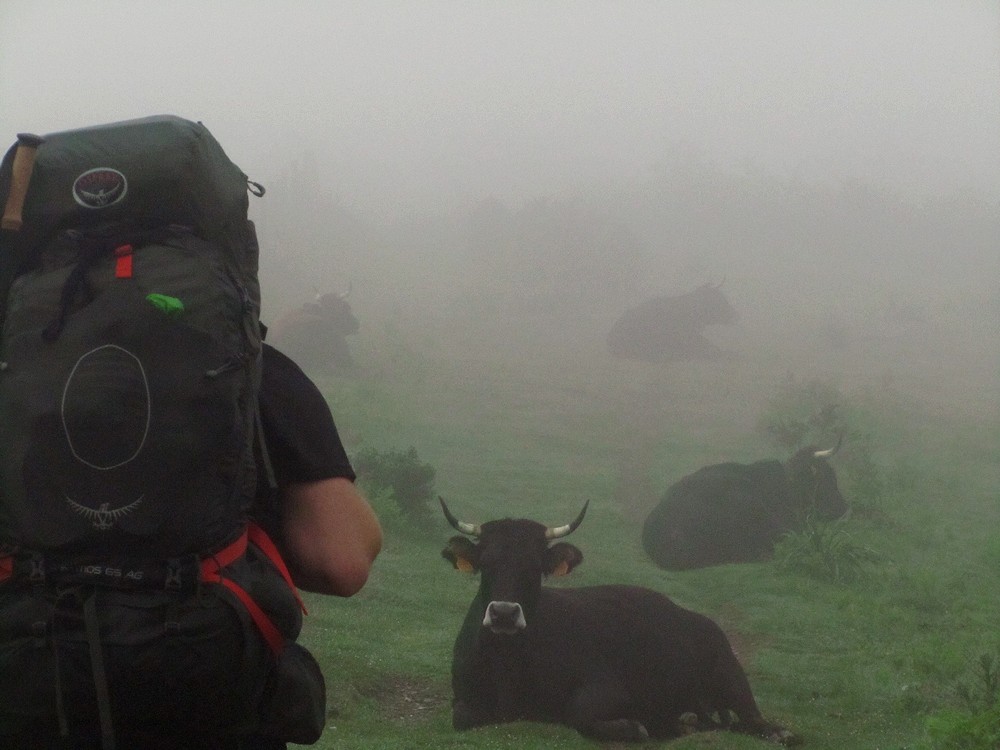 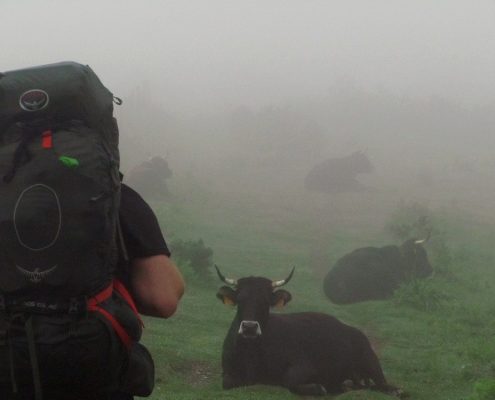 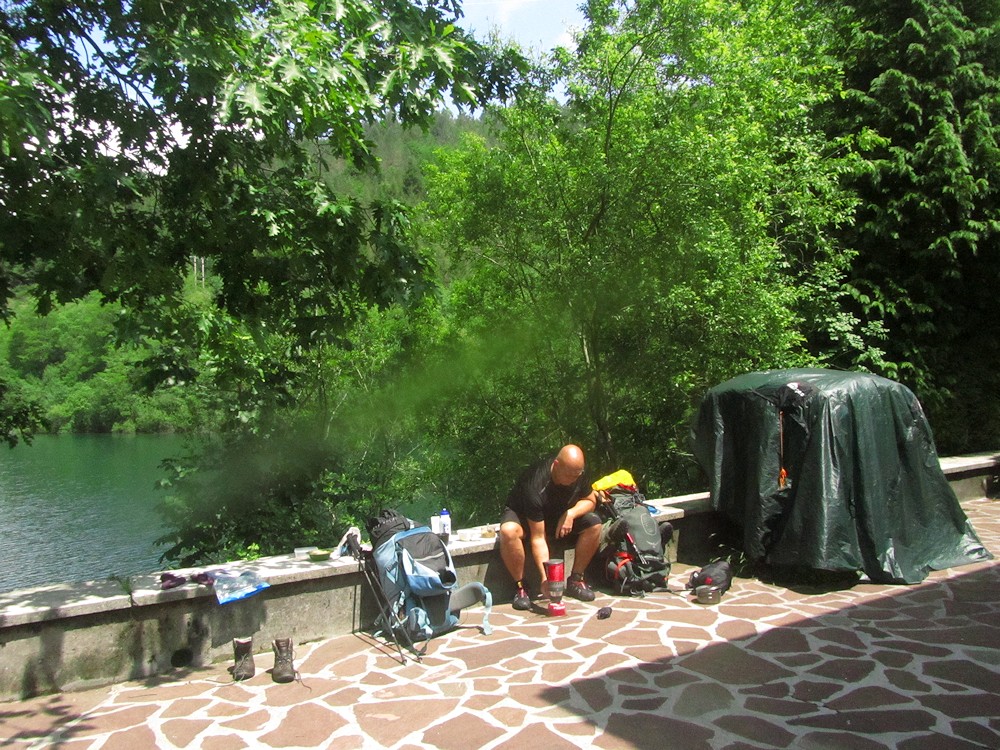 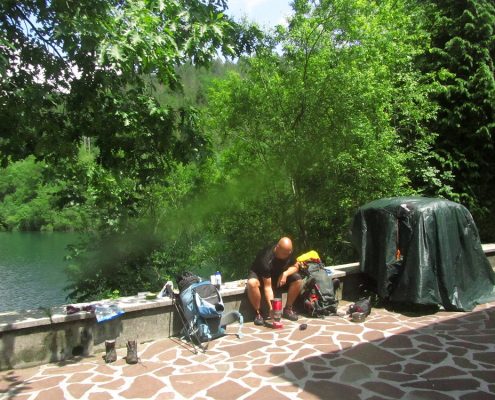 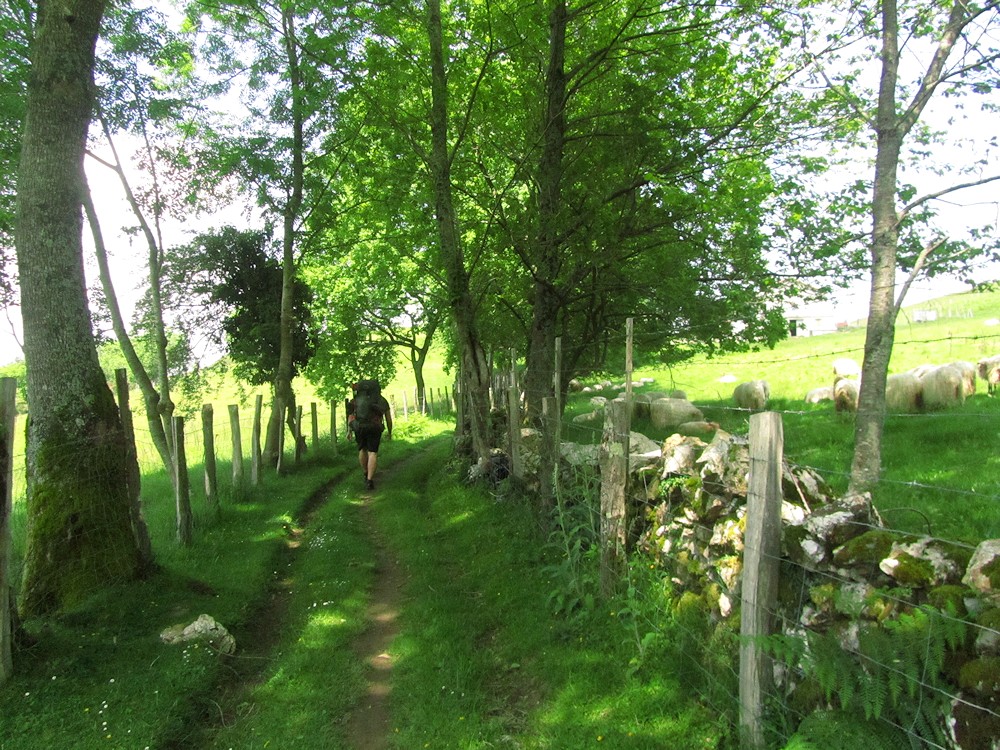 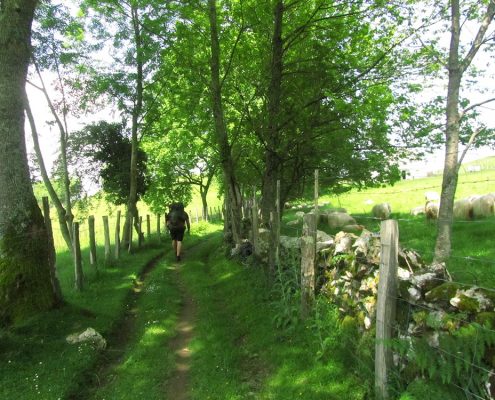 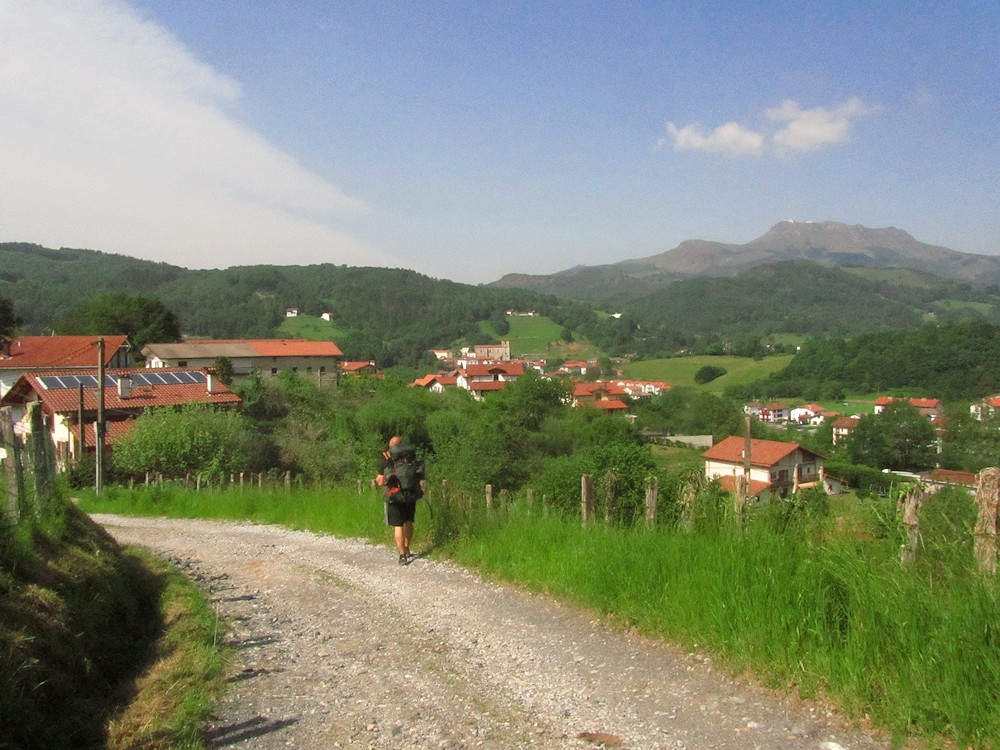 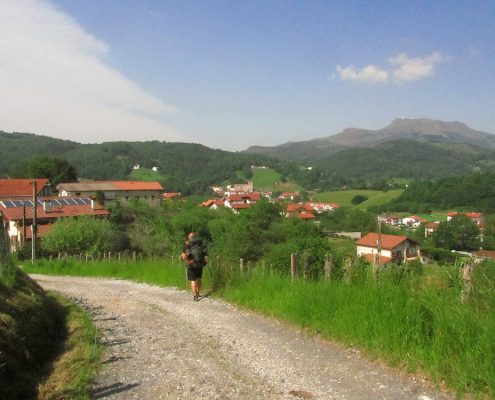 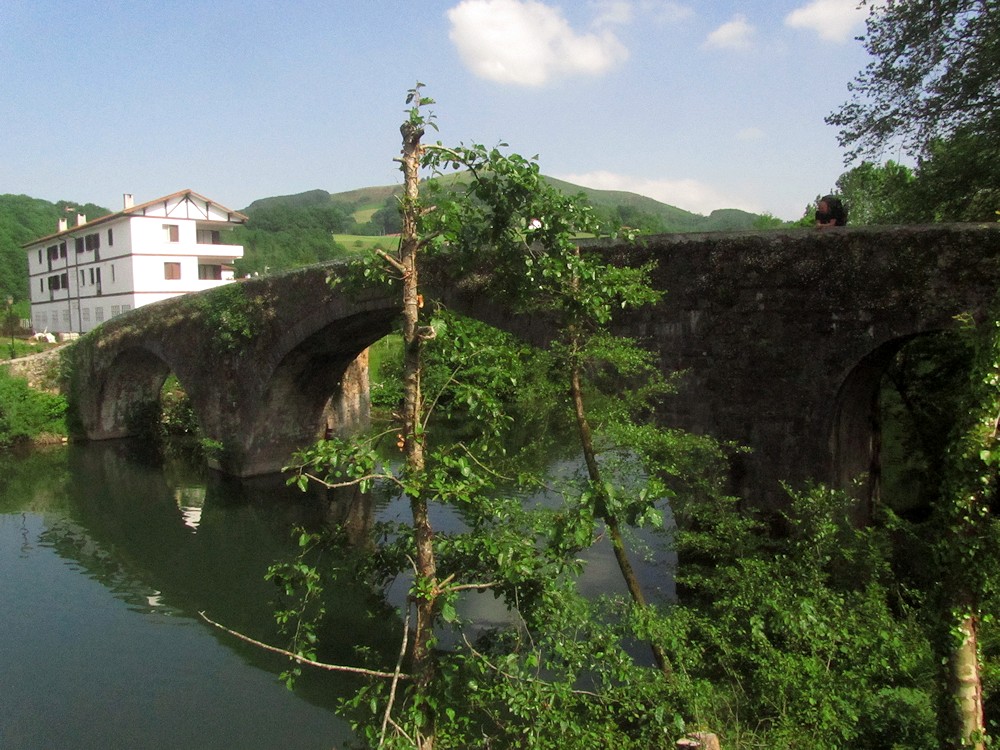 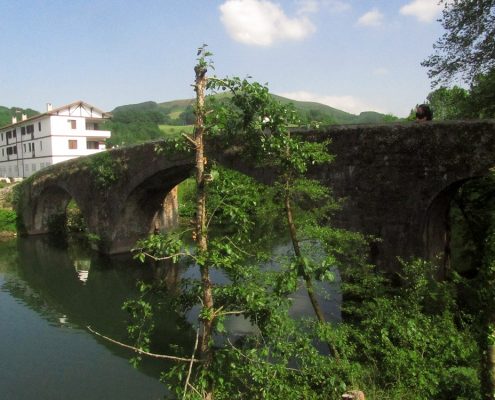 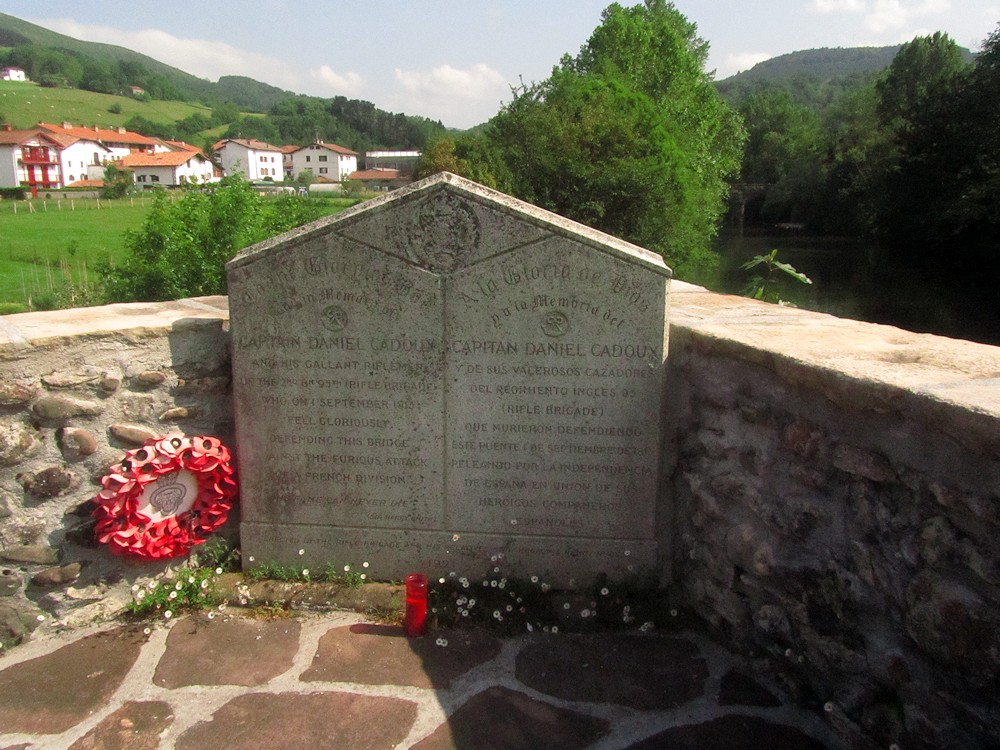 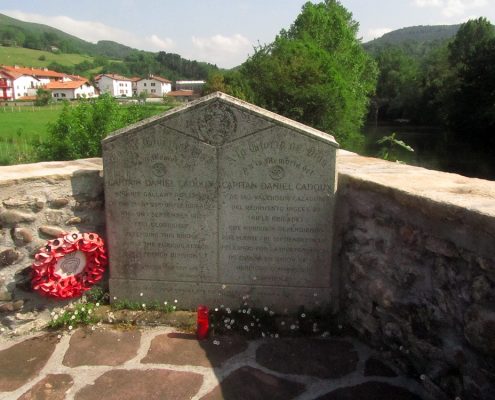 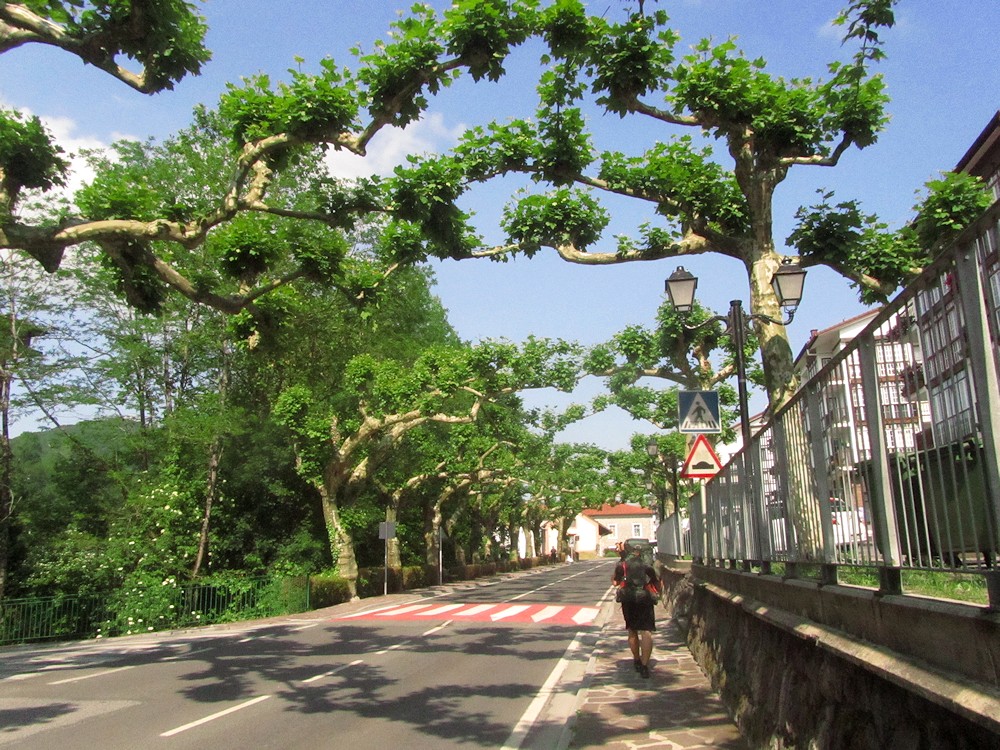 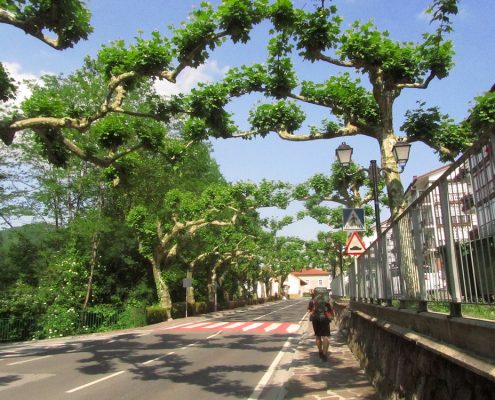 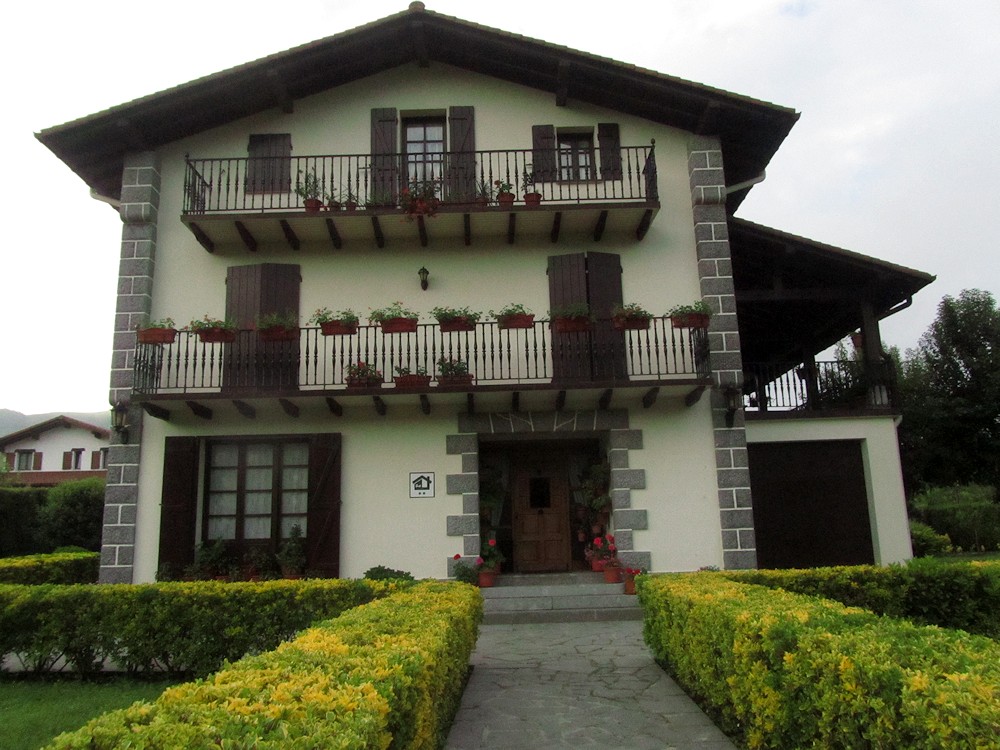 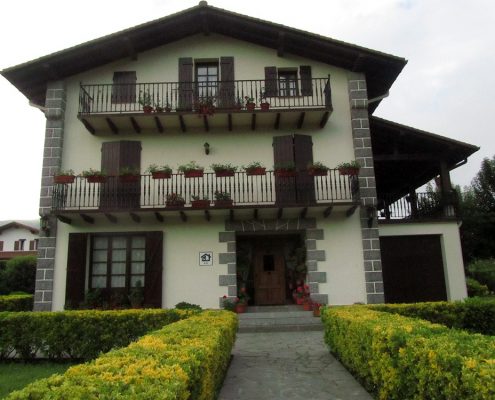