Here is what the folks at Katadyn have to say about this product.

The BeFree 1.0L is suitable for the occasional use. It is lightweight (63g) and portable for on-the-go adventures.  It is superlight to fill. This filter removes bacteria, cysts and sediment with its pore size of 0.1 micron (0.0001 mm).

The collapsible flask packs small to fit into tight spaces such as running shorts, cycling jerseys, paddling or fishing vest.

The output is up to 2L/min. with a total capacity of 1000L, depending on the water quality.

Easily clean the EZ-Clean MembraneTM by simply shaking or swishing the filter in the water – in the field or at home. No backflushing or tools necessary. 100% PVC and BPA free.

Gives you the freedom to drink anytime, anywhere.

Here is what I think of the Katadyn BeFree, after having used it for 2 months solid on the GR11 in Spain.

Having done the GR11 back in 2016, I knew that the water along the trail was clean, fresh and delicious for most of the time. I did not want to spend a lot of money on a filtration system, knowing I would not need it often. The Katadyn BeFree seemed an excellent choice, and a very affordable one at that.

The reviews I read about the Katadyn BeFree were mixed to say the least. I am only interested with genuine and “Verified Purchase” Reviews. The “positive” reviews did however highly over weigh the “negative” reviews.

I went ahead and ordered my Katadyn BeFree 1.0L online, and was pretty excited when I actually received it. It is lightweight, and very packable, I was looking forward to using it..

Once in the Spanish Pyrenees I finally started using it.. I immediately LOVED it,.. people complained about smells and bad tastes, but I did not have either, the water tasted great. People also complained about bad water flow caused by the filter.. I did not experience this at all, the flow was great!.. Mmmm or was it?

The water in the Spanish Pyrenees Mountains is clean, and I did not have to use my BeFree on a daily basis, but after about 30 fills, the water flow did start slowing down, still nothing major, but I did have to suck a lot harder to get my fill. Then after about another 20 fills I was actually squeezing the BeFree pretty hard. It was at this point that I came across another issue lots of other people had complained about… “Pinhole[s] I would have never known, was it not that I squeezed my BeFree for a drink, and got a squirt of water right in my face.. It was a tiny.. tiny hole, that didn’t even leak, unless you squeezed the bottle.. I was worried that the hole would get bigger, but luckily that never happened. And in all honesty after 900 km crossing the Spanish Pyrenees, I was still managing to get water from my BeFree. 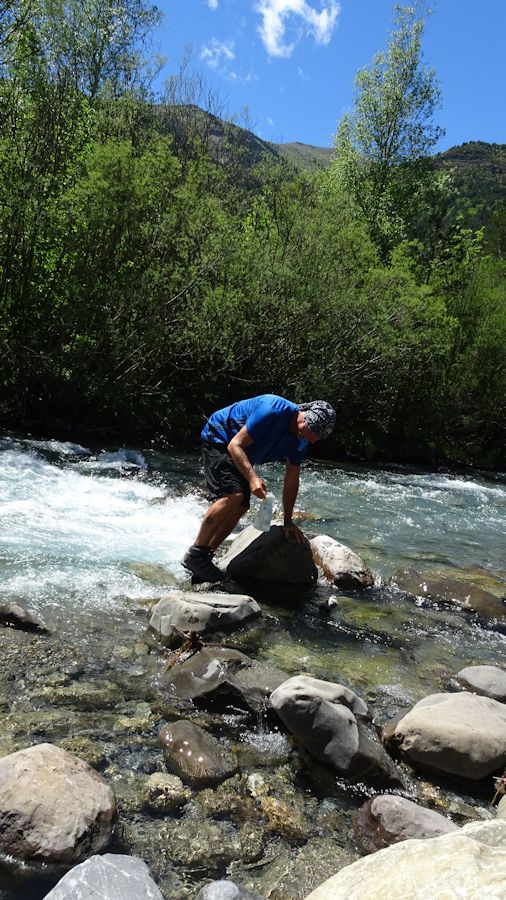 Would I recommend the Katadyn BeFree 1.0L ?

The answer is a definite YES!..  so much so, I will be adding the BeFree 3.0L to my gear, for the nights and days I have to “Dry Camp”.

It is true that the water flow slows down a lot after some use, but in all honesty, it was never really bad, or at least not during my 900 km hike.

The “Pro’s” by far over weigh the “Cons” with this one. For those interested, here are the Pro’s and Cons of the Katadyn BeFree 1.0L based on my own experience with the product.

I would 100% highly recommend the Katadyn BeFree 1.0L

I AM IN NO WAY, SHAPE OR FORM AFFILIATED WITH KATADYN OR THE PRODUCT. THIS REVIEW IS 100% BASED ON MY HONEST THOUGHTS AND OPINION.